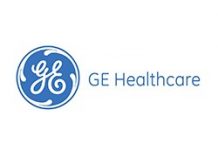 “In Spine MR imaging the evaluation of 3-dimensional (3D) pathologies can be challenging with conventional 2D sequences. Because of the several advantages of the 3D sequences, especially in combination with acceleration techniques, the 3D HyperCube is recommended in routine MRI study of cervical and lumbosacral regions, reducing the scan time and achieving very high image quality.”

Fleury Group is one of the most respected medical and health organizations in Brazil. Its mission is to provide increasingly complete and integrated solutions for health management and people’s well-being, with excellence, humanity and sustainability.

MRI of the spine is traditionally done with two-dimensional (2D) fast spin echo (FSE) sequences repeated in multiple planes. Each of these acquisitions is composed of anisotropic voxels and thus multi-planar reconstruction (MPR) cannot be performed without loss of image quality, impairing the evaluation of 3-dimensional (3D) pathologies, which requires additional oblique planes. Moreover, the thickness of imaging slices and the higher inter-slices gaps, especially in the axial plane, can lead to partial volume artifacts and present significant inter-slice gap.4

Three-dimensional (3D) sequences minimize these disadvantages since isometric acquisition with thin continuous slices can be achieved and thus reformation into any arbitrary plane according to the anatomical and pathologic structures are available, without any image quality degradation. Besides that, the thin sections allow reduction of the inter-slice gap and partial volume artifacts; therefore, there is no potential information missing between the slices3,5.

For this purpose, GE developed 3D CUBE which is based on a 3D T2-weighted (T2W) fast spin-echo (FSE) sequence. It utilizes refocusing radiofrequency pulses with variable flip angles to maintain constant signal while extending echo trains. Consequently, it reduces scantime and offers a possibility of thin-section images within an acceptable examination time. Most recently, HyperCube expands the capabilities of 3D imaging since it can reduce scan time and eliminate artifacts such as aliasing. Together with the usage of HyperSense, a compressed sensing acceleration technique, it is possible to reduce overall 3D scan time without appreciably compromising spatial resolution or image quality.

We would like to report 3 clinical cases to demonstrate the benefits of 3D Cube with HyperSense.

A 69-year-old male presented with low back pain radiating to the anterior region of the left thigh and associated paresthesia.

Figure 1. HyperCube was obtained in axial (A) and the reconstruction in the sagittal plane (B) depict a sequestered disc fragment (arrow) extending into the left neural foramen of L2-L3, causing compression and displacement of the emergent root of L3. In 2D FSE this information could be missed due to an inter-slice gap between axial slices.

A 48-year-old male presented with cervical pain and tinnitus.

Figure 2. A and B: HyperCube of the cervical spine shows asymmetric disc bulging of C5-C6 with a disc-osteophyte complex component (arrow) that determined displacement of cervical segment of the vertebral artery at this level (dotted arrow), confirmed by angiographic study (C). This abnormality cannot be identified in the conventional 2D (D) study.

A 48-year-old woman with paresthesia in the left upper extremity.

Figure 3. A: Conventional 2D image at the level of T1 demonstrates lesion (arrow) extending through the left intervertebral foramen. B: HyperCube depicts better the lesion contrast, showing the continuity with the left emergent root of T1, which indicates neural etiology.

Figure 4. A and B: Conventional 2D images of the spine showing scoliosis. C, D and E: HyperCube reformatted into multiple planes, facilitating to characterize a disc-osteophyte complex component (arrow) causing compression and displacement of the left emergent root of L3 in a patient with scoliosis.

Highlighting the potential advantages offered by 3D-FSE MRI, some studies have been performed. Studies comparing the evaluation of the anatomic cervical spine structures in 3D-FSE and 2D-FSE MRI showed that the intraspinal structures (rootlets), neuronal foramina and the cerebrospinal fluid were better visualized with 3D-FSE. This sequence is also valuable in evaluation of integrity of the craniovertebral junction, especially regarding ligaments, therefore it can be used in patients with pain and clinical signs of instability without an evidence of fracture. In the lumbar spine, a recent study showed that the volumetric sequence has a significantly higher signal to noise ratio (SNR), a contrast to noise ratio (CNR) and visibility in almost all anatomical structures in comparison with 2D-FSE, with a substantial inter-observer and inter-method agreement.

If there are clinical spinal cord symptoms or inflammatory disease of spinal cord, especially in patients with suspected or established demyelinating disease, the basic sequences axial slices in 2D T2-weighted fast spin echo should be used in addition.

We have been using the 3D HyperCube (parameters are showed in Table 1) in our spine routine protocol for almost a year, with an impactful positive impression. These sequences are significantly increasing the detection of small-sequestered disc fragment (Figure 1) and focal disc protrusion (Figure 2), findings frequently missed in conventional 2D images and with important clinical implication in some cases. Also, these sequences are improving a lot the precise analyzes of the neural roots, increasing the detection and diagnostic confidence of its lesions (Figure 3).

There are advantages of the 3D HyperCube in evaluation of anatomic variations or skeletal deformities like scoliosis and kyphosis, since it is possible to reconstruct images in any desired orientation, resulting in significant differences in diagnosis (Figure 4).

Table 1. A comparison of scanning time of the cervical and lumbar spine utilizing conventional 2D versus 3D HyperCube sequences at 1.5T MRI. The 3D leads to shorter examination time.

In our service, cervical and lumbar spine MRI examinations can be completed in a total scan time of 4:21 minutes and 5:33 minutes, respectively, by using HyperCube sequences with a HyperSense acceleration factor of 1,4 and 1.2, respectively, with the T2-weighted sequence. The entirety of the spine can be imaged in a single sequence, without the need for a technician to manually select image orientations.

In comparison, in the conventional 2D-FSE MRI the images are acquired through varied axial planes that are set by a technician to be aligned with each individual disc space. The images of the cervical and lumbar spine are acquired in two blocks of 3:56 and 2:50 minutes, totalizing 7:52 and 5:40 minutes, respectively (Figure 5).

Therefore, because of the several advantages of the 3D sequences, especially with acceleration techniques, the 3D HyperCube is recommended in routine MRI study of cervical and lumbosacral regions, reducing the scan time and with very high image quality.

– In combination with acceleration techniques, the 3D HyperCube is recommended in routine MRI study of cervical and lumbosacral regions, reducing the scan time and with very high image quality.

GE Healthcare reserves the right to make changes in specifications and features shown herein, or discontinue the product described at any time without notice or obligation. Contact your GE Healthcare representative for the most current information. SIGNA, GE and the GE Monogram are trademarks of General Electric Company. GE Healthcare, a division of General Electric Company. GE Medical System, Inc., doing business as GE Healthcare.
The products/technologies mentioned in this material could be subject of government legislation. The importation and commercialization of it will only occur after regulatory approval.
The products / technologies could be described with their market names, different from what is approved in the regulator. The commercialization of itwill occur with the product name registered in the regulator.